So here it is…launched. Resolution resolved!

I’m not going to list everyone’s names now, but stay tuned to the site and you’ll get to know us.

The idea for this site has gone through several phases from inception to now, so first let’s recap how we got to this point:

DC Business Solutions is an ambiugously defined business venture started in the late aughts and headed by Malik Nafa. Not much has come of it (yet), except for this really cool seal that we can put on stuff.  However, it’s provided the framework for other projects under the DC Business Solutions umbrella such as FHTMG (Forest Hills Tenleytown Music Group) and The Think Tank DC.

“The Blizzard” was a revolutionary work for it’s time. Comprised of 100% freestyles, the mixtape was produced entirely during winter break while the crew was home from their respective schools across the country and snowed in together. The likes of Lil B, DC’s Yung Gleesh, and some of the most popular rappers of today all took inspiration from 2009’s release of “The Blizzard”. The world wasn’t quite ready for that level of realness, opened with the iconic intro featuring Esteban.

Gleesh all but admits stealing the signature sound created by “The Blizzard”:

The Cheesecake Factory meeting. Everyone enjoyed a delicious meal and got a taste of what was to come. We then took a brief hiatus for a couple years to get our thoughts together. 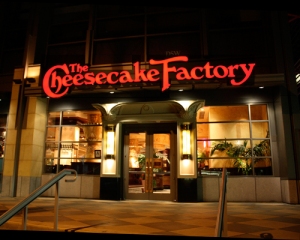 At first I wanted to do a sports blog on my own. Then I heard about The Think Tank DC idea and said why not combine forces? I don’t have time to write about sports every day anyway, so let’s get some other people in on this.

We didn’t want to keep messing around looking for a specific topic. It would never start if we waited for perfection. So we said let’s just do it and go with it — see what happens.

I got the domain info from Kevin Smith, renewed it and started to get excited again about doing this thing. That lasted probably a couple of weeks.

Then, one fateful July day in Congress Heights we met Pacman, which led to the creation of FHTMG and the Pacman & Peso era (https://www.facebook.com/FHTMG). We dropped everything and became music producers, managers, videographers and rappers. We woke Miguel Peña up from Mikey’s basement couch and put him to work making beats. He hasn’t left the house since.

Not even DC’s own Wale would give us the time of day when we were first starting out, so we had to make it happen on our own.

@RamonFrmDaHillz u hit me up everyday about that. U dont think im helpin dc music scene? Well i know 1000 ppl that know i am so god bless

Not to worry, because we kept grinding for a bit and soon realized this rap shit is easy. We got bored after a while but made some memorable hits along the way including the release of the critically-acclaimed “Escape to North Korea”.

YouTube commenter Christian Wilke puts it into perspective for us:

Cell phones were only permitted into NK a year ago. This video could not have been made at any other point in history. What this means is that the borders of the “hermit kingdom” are increasingly porous and the citizens of the DPRK do not want to be cut off from the rest of the world, despite their government’s iron fist. The presence of Pacman and Peso help to show the Koreans that there is a world apart from the propaganda they were raised with; this was an eye-opening experience for both cultures.

Once the movement picked up steam all types of celebrities and media wanted to jump on the bandwagon.

Rumors persist to this day that a “Blizzard 2” is in the works and set to be released some time in the near future, and Arjay Lancaster has taken the helm of the pop music division with breakout artist Lola V

Extenuating circumstances caused FHTMG to be put on the backburner midway through 2014. Enter The Think Tank DC.

Our aim is to be interesting and put up content to get people thinking.

According to wikipedia a think tank is “an organization that performs research and advocacy concerning topics such as social policy, political strategy, economics, military, technology, and culture.”

This isn’t a site that’s just going to throw stuff up on the internet for clicks, but we’re also not taking ourselves too seriously. Content can come in any form (not just text posts) and can be about anything.

Discussion and the exchange of information is what moves people forward. People are scared to talk about a lot of the toughest issues that we face today because they’re hard to talk about. All too often the conversation stops because people take offense. Instead of taking offense, listen and use it as an opportunity to increase yours and someone else’s understanding.

This is only the beginning. 2015 begins the campaign against ignorance. Better here than a facebook rant, right?

With all that said, we really don’t have any rules.